My first show in April required an early-morning trip to Milwaukee at the Ovation Jewish Home on Prospect venue. The audience this time was about 12 members of the R&R Club.

The show went well. The audience didn’t come in until right around 10:30, and took their seats the Helen Bader executive conference room. The group was a mix of normal-looking and acting folks, and several with obvious health issues. Pretty typical for a senior care facility. What surprised me was the fact that there were three or four men in the audience, and they were all alert and seemed to be very interested in the program. I got a lot of compliments afterwards.

There was one unexpected disaster during the program. My foot bumped the surge protector/power strip under the table, turned it over, and shut it off. That killed the projector and sound system, which were plugged into that unit. I had to restart the projector and lost a couple minutes during the show as a result of this mishap.

As I was packing up my gear to go home, a vicious wind cutting into me, it was snowing heavy flurries. No accumulation, but snow twice in the same week in April tests one’s patience. Some mild weather would certainly be welcome!

I left at 1:00 pm today, headed for Dickson Hollow to do today’s Lights of the Lakes show. It took me almost exactly my estimated amount of time to get there: 45 minutes. I got there right on time and quickly found the room where the show would take place. It was the back half of a large room also used as a chapel and church on weekends. Since this was a Presbyterian Home facility, that makes sense. The altar was at the opposite end of the room from where I presented.

I was able to use the house projector via an HDMI cable connection direct from my MacBook. There was a new type of projector I’d never seen before. It stuck out only a couple of feet from the wall above the screen, and projected down onto the screen. 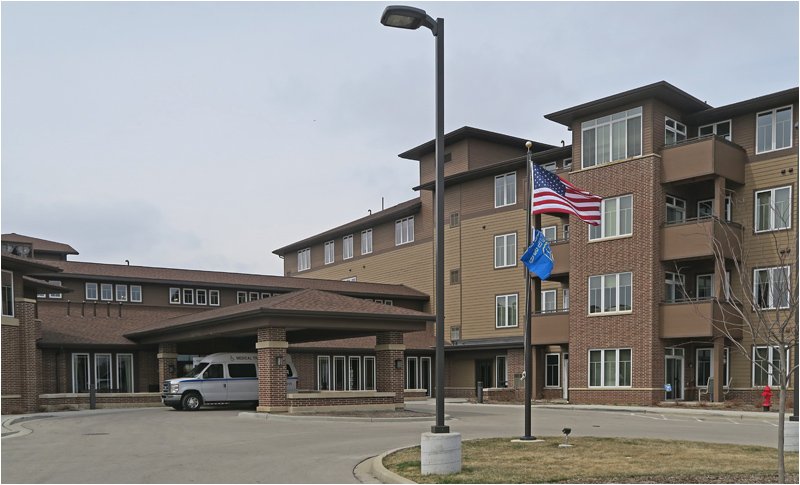 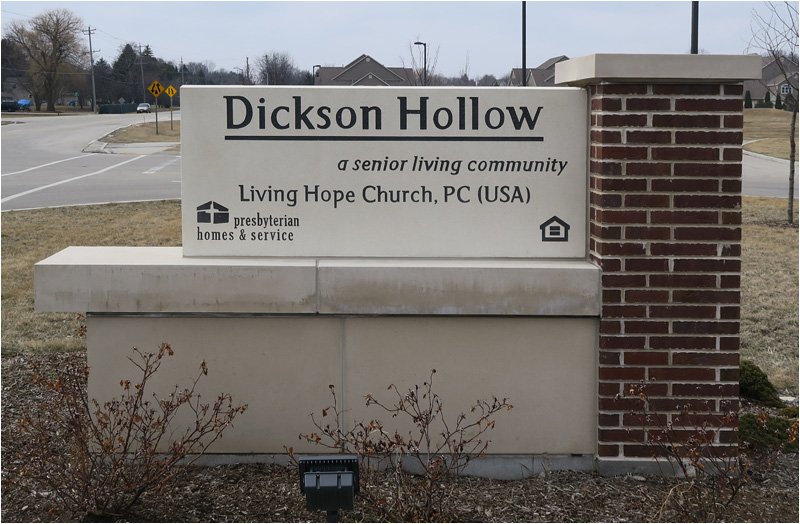 Today found me at the New Berlin Public Library at 9:00 am to set up for the ElderCare Focus Group Lights of the Lakes show. I was second presenter on their agenda. The first speaker was a woman who spoke on Wisconsin tourism and things to do and places to go to enjoy Wisconsin’s many attractions.

The morning commute was a hassle. As usual, there was an accident on I-43 which stopped southbound traffic at Mequon Road. The crash occurred just south of Brown Deer Road. In addition to that mess, there were at least three other places where the traffic flow came to a halt on I-43 and I-94. I profoundly hate driving the Milwaukee area freeway system at rush hour.

The show in New Berlin was a success. I didn’t do the Edmund Fitzgerald segment due to time restrictions, but everything else went well. They had a great ceiling-mounted projector that threw a 12-foot-wide image on the screen—wonderful! About 75 seniors saw today’s show.

On my way home, I went back to Dickson Hollow to get the location pictures I missed when I was there on Tuesday. I also stopped by Menomonee Place, the site of tomorrow’s show. I wanted to find the location, as well as take pictures of it, in case the weather is lousy tomorrow. 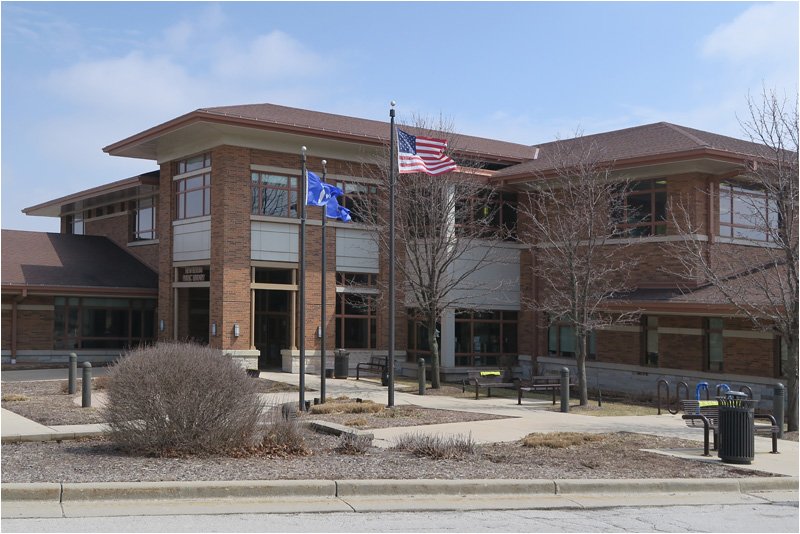 Well, I’ve arrived at the last day of this busy week. This morning I head out to do my third and final show of the week, at Menomonee Place in Menomonee Falls. As mentioned yesterday, I scouted this place the day before, in order to find it and photograph it in good weather. Next week will bring even more travel and more shows during this busy season for Lights of the Lakes. 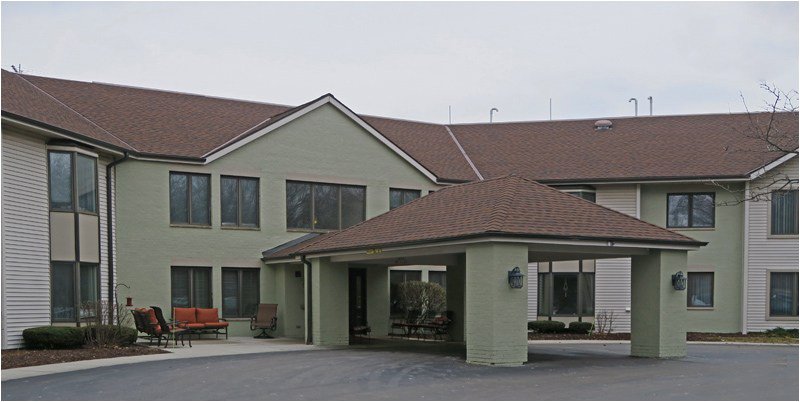 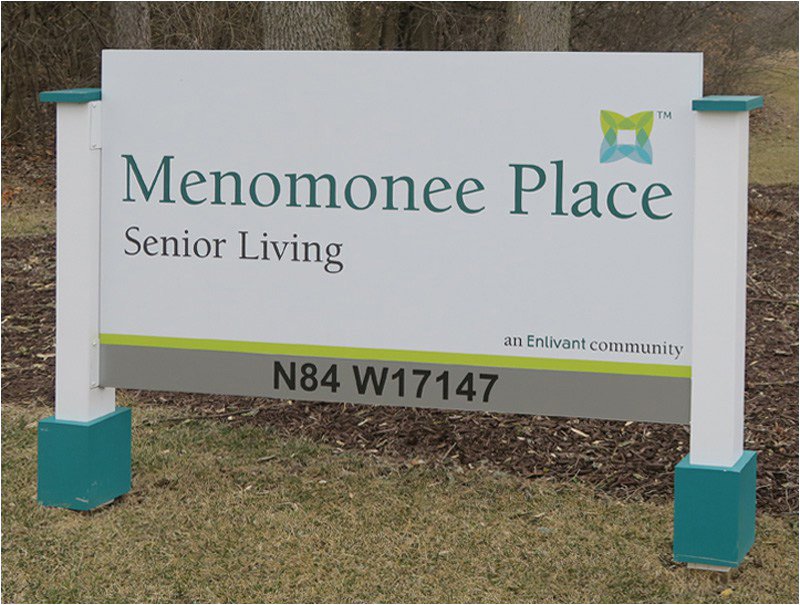 4:00 pm – Days Inn & Suites, Green Bay. I left early enough this afternoon to get here with time to spare before tonight’s Lights of the Lakes show at Oak Park Place on the east side of Green Bay. I’m closer to downtown, about five miles away. I decided to spend the night here after the show, in order to avoid a long drive home late at night.

This place really got dumped on over the weekend. I took a wrong turn getting to the motel and Google Maps directed me to take a side street to get back on track. That road was the pits: poorly plowed; rutted; narrowed by cars parked along both sides. At least the main roads are OK, but in poor shape. It’s obvious that a lot of work is needed, at least on Mason Street, which is a main east-west thoroughfare in Green Bay.

Later – The show was a success. Big crowd: about 70 people. The best “refreshments” I’ve ever seen a host provide: sandwiches, chips, lighthouse-decorated cookies, soda, beer, wine, and coffee. Amazing spread! I deliberately skipped dinner, as I often skip meals before I speak. This was another of those show-off events intended to draw potential residents to the facility. My host, Tonya Slack, offered facility tours after my show.

On the way back to the motel, I heard on the radio that Barbara Bush died today at age 92. She was married to George Bush (41) with whom she held the record for the longest marriage of an American president: 72 years. Incredible first lady. 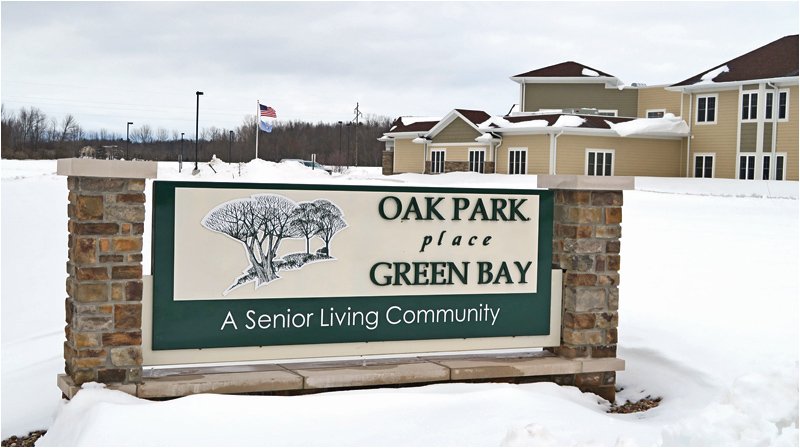 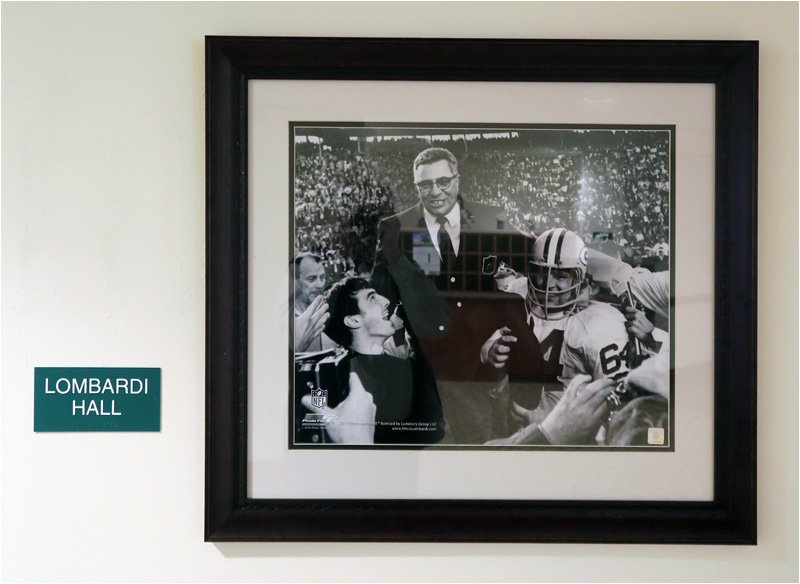 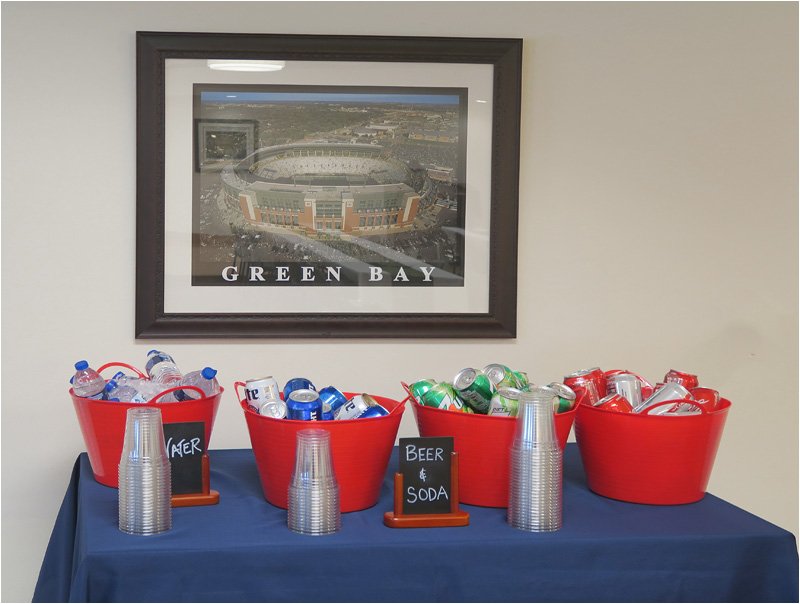 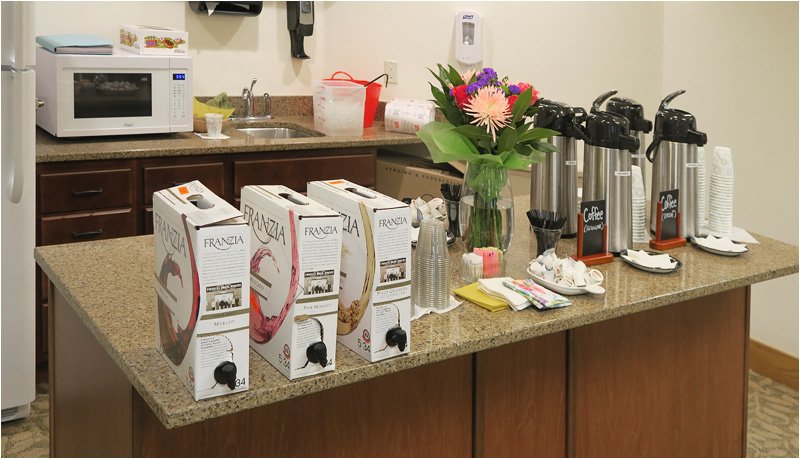 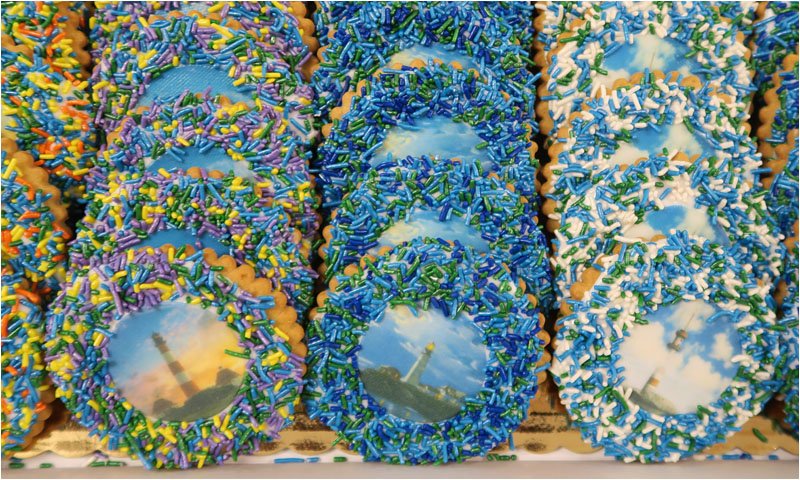 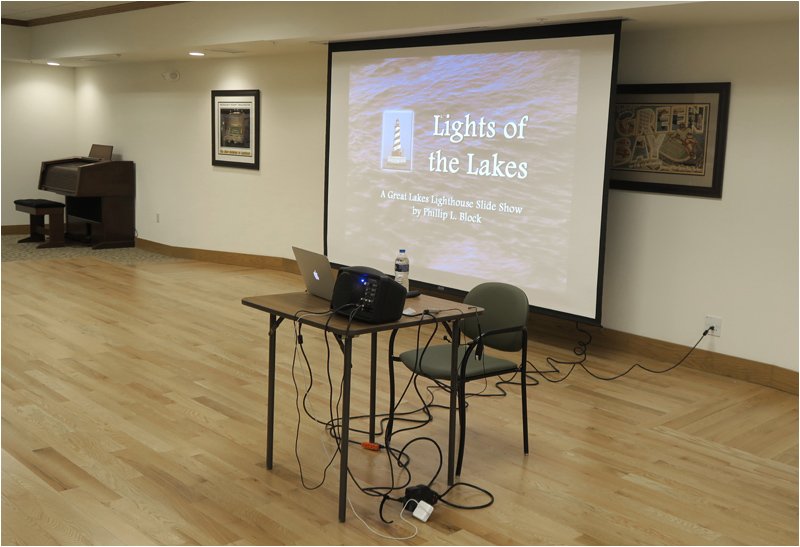 Thanks for your fantastic presentation of the lighthouses on Lake Superior and Lake Michigan. The Library staff, attendees and the Menasha Historical Society were very enthusiastic in telling me how informative your program was. The Library informed me specifically that they would like to co-host future programs with us again. 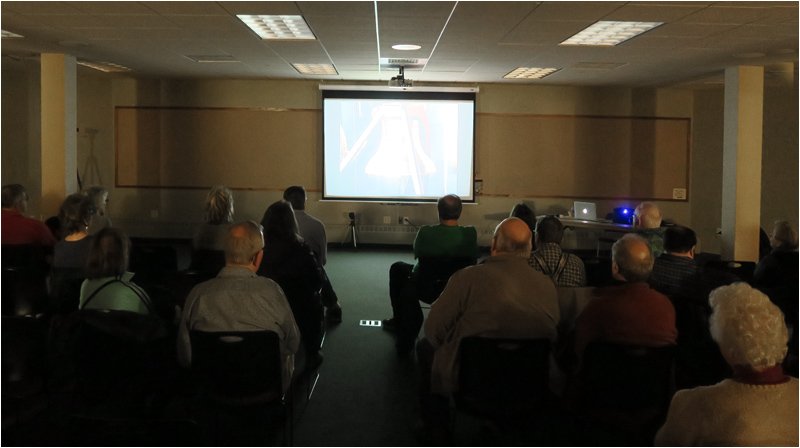 The final Lights of the Lakes show in April took place on the 19th at Oakridge Gardens Rehabilitation and Memory Care in Menasha. This was a small facility, which yielded an audience of about 15 seniors. 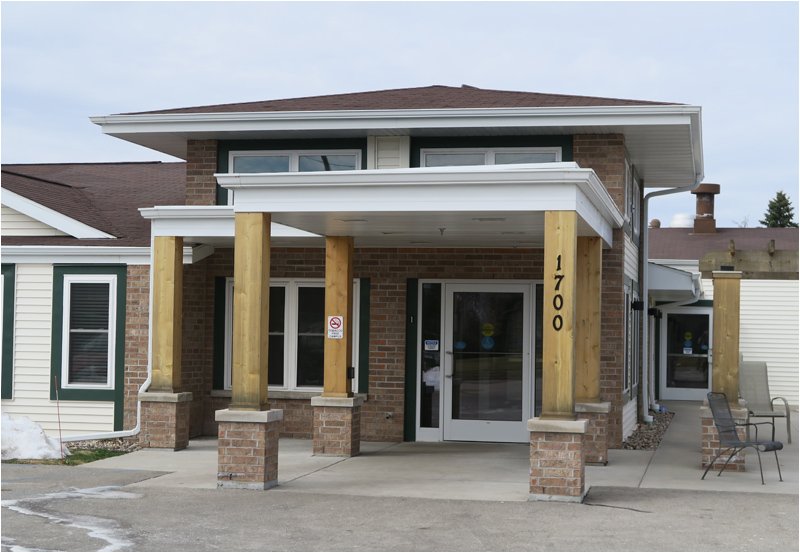 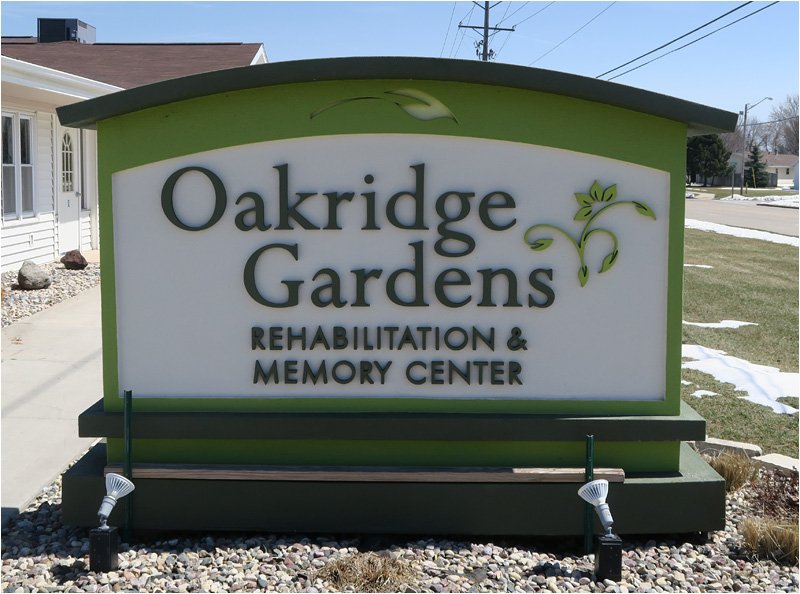